As a child I always dreamed about having a Best Friend.  A friend that would always want to spend time with me, would enjoy being around me and we couldn't hardly stand to be away from each other.  Somebody that I always knew I could be honest with about everything going on in my life or how I felt about something.  I used to see people in my classes at school and they would say "We are Best Friends".  I never had that growing up.  Sure I had people in school that I said were my friends, but nobody that had alot of the same interests as me.  Nobody that wanted to always come over and play or just sit and talk on the phone for hours about a bunch of nothing. 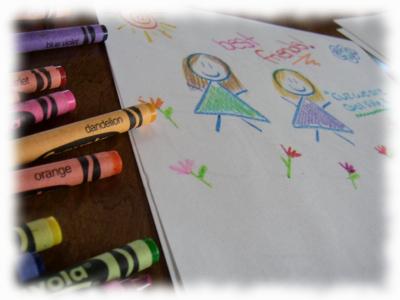 The older I got I realized you can have more then one close friend, but I still envied the people that would talk about their Best Friend that they trusted more then anything in the world.  I had alot of friends that I thought would be my Best Friend, and I would even tell them things I would never tell anybody else.....but I always felt like I was on the short end because they never did the same.  They would say they cared but that would be it.

When I got married I had always heard people say they married their Best Friend so I thought this would be my chance to have a Best Friend. We have things in common but it still hasn't worked out like I had dreamed it would.

I have learned through the years that you can have more then one friend and that each one can have qualities that some people can wrap up into one Best Friend.  Maybe that is how it is meant for me, I don't know.  I just know I still dream of having that best friend that I can depend on to always be there for me, even when I don't make sense and just need a shoulder to cry on or somebody to take my frustrations out on......and they will let me be the same to them and not shut me out of their life.

Friendships are one of the most important things in my life.  I feel everybody deserves a friend that they can always be honest with about anything and you can let them be honest with you, and neither one of you judge the other.

People shouldn't have to have a shield up where they feel like they have nobody they can trust or talk to.  I try to always be the best friend I can be so maybe one day I can have that Best Friend I always dream about.

Maybe I am just dreaming?  If I am, it is really a nice dream to have...